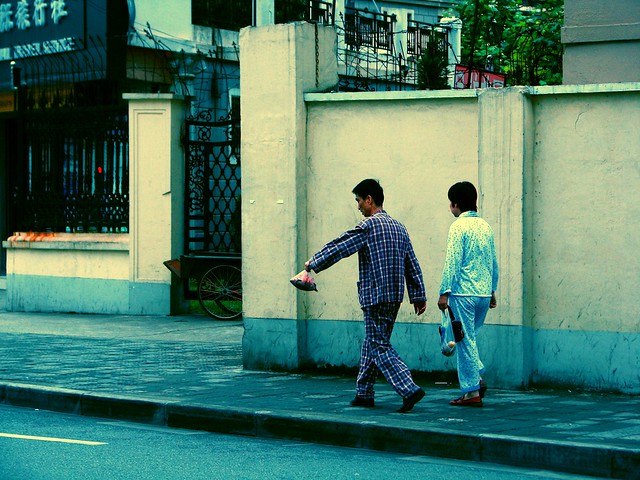 Jing met Mani at the somnambulist convention. It hadn’t been a big convention, not by typical standards. Still in a pool of over a billion, there are plenty of sleepwalkers shuffling about. Not that Jing liked to brag.

They bumped into each other. Literally. In the hallway. Their rooms were on the same floor and, well, clockwise and counterclockwise found one another. Mani agreed that it was destiny. They spent the rest of the conference groggily yawning, talking and sharing pots of yogi tea. Mani complimented his pajamas. Jing liked Mani’s slippers.

It ended happily, since nobody should sleepwalk alone.

Photo is copyright by ingridf.