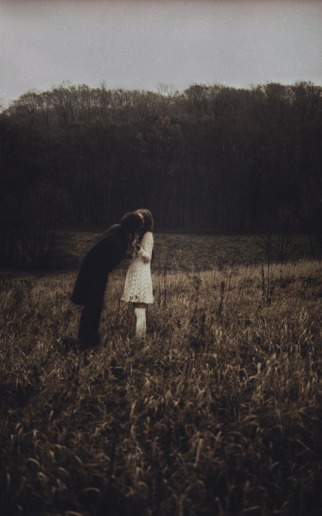 I had taken a small room in Queenstown for a single night. It was barely more than a cupboard, but it was sufficient for my needs, which were few to none. I was only too happy to pay Mrs. O’Brien my last shilling for any dry space. I’d have slept standing up in the corner of her kitchen, like a broomstick, if nothing else had been available. The day had been gloomy, but that night had been a howling storm.

This was the beginning of a passage from one life into another. I planned to embark on the Minnesota on the morrow for my new life in New York. My dearest Ireland would disappear; dreams, stolen by recent misfortune, crashed about my head. Excitement and—I will admit—fear jangled nerves raw as I tossed. Mr. Sullivan quaked the floor with a sound like a rough saw through hardwood from the neighboring room. Sleep had skipped passed me this last evening.

I sat in the short bed, head propped on a pillow lumpier than a potato sack, fully dressed and thought of my dear Lara. She had been my very life for so long, I couldn’t remember any time before her fair face. Yet then, she had become my certain death. The events of the past week had changed everything.

My coat hung on the small bed and I felt for the ticket in its pocket for the thousandth time. Somehow just touching the heavy paper assured me, convinced me that I had made the best of it. If I concentrated I could feel the subtly embossed ink lettering as I moved the tips of my fingers. The faintest touch as of a lover’s whisper, or Lara’s breath on my wrist as I dared to move a lock of her fine auburn hair.

The slow beat of a headboard’s steady, muffled thumping against the far wall attested to the fact that I was not the only one still awake in the house.

My brother bore the bad news that had so soured my life and led me to my despair. Breathless, he burst through our cottage door and in furtive strokes displaced my hitherto placid life with the outline of the warrant for my arrest. Having neither the means to buy my innocence nor the mode to prove it, he impressed upon me to take his own ticket for North America.

For that act, I have been eternally most indebted to my elder brother. My thoughts often drifting to his vigilant presence in my youthful days. I have since wished to express my keen gratitude in some small way, though I fear the whereabouts of these persons so dear to my heart in those days have become quite unknown to me in these passing decades. Is it odd that they should have both disappeared?

Still, concerning my innocence in the accounts of the aforementioned warrant, the circumstances may have played out markedly different had I been willing to risk sacrificing my cailín stór. It is indeed absurd, even downright foolish, to consider, even now. For I would never do any such thing. I had visions of my own self swinging in the gallows as Bairre spoke so earnestly at our table, but even that seemed far more preferable than facing down Mr. Finnegan to trifle with his daughter’s engagement plans.

Pondering these events, I heard a creak from the rough planks as someone tread heavily upon the landing down the hall. The noise made me more awake, more alert, than I had been since those frantic minutes of my departing of the cottage I shared with my lost brother. My breathing held, I strained to listen for more footfalls, though with the rain, the snoring, and the incessant knocking against the wainscoting, this proved quite improbable.

After some long minutes, I let myself relax enough to take another breath. Groaning, my stomach reminded me that I had neglected to eat in my recent haste. My own new shoes were beside the cot, unseen in the inkwell of this room. But it occurred to me that I might barter them on the way to the docks for a loaf of dark bread and a bit of cheese. I could sell my coat as well, if needed.

Perhaps I dozed then, for I imagined myself barefoot on the deck of the Minnesota, Lady Liberty drawing off her beam…

A small sob escaped my throat then. I realized that I hadn’t had a moment to spare and left not even a note of explanation. My dearest love, my Lara, would find me simply vanished. As if I had never been more than a ghost in a dream.

Would she be able to forgive me? I prayed to the saints to make it so. I rubbed the salty wet from my cheeks with my sleeves, thinking of the sweet taste of her lips as we stole our first kiss in the field behind the church. It was as clear in that tiny room in Queenstown as it had been in the moment. As clear as it is now.

And though I prayed Lara might forgive, I did so with half a heart. For to forgive is one thing. To forget seemed—unbearable betrayal.

Picture linked via The Heart of Writing.